After three generations in aviation on both sides of our family, you could say that flying is truly in our blood! 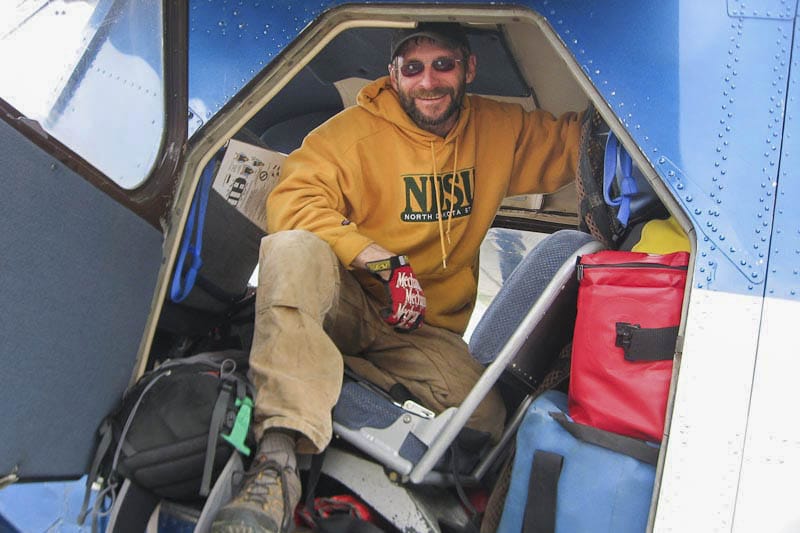 We are a family-owned business and prefer a personal connection with our clients. Our work becomes our life in the heart of Alaska’s busy summer and autumn seasons.

Our company is a fully insured, FAA part 135 Air Taxi Service, and we operate Bush-proven de Havilland Beavers that have been specially modified for the demanding flying in Alaska.

We can accommodate any size group from an individual to a van load safely and comfortably. If you chose to fly with us we are happy to help with trip planning and logistics. Dirk’s story starts with his Grandfather, Elmo Nickisch.  Elmo received his pilots’ license in June 1947 and bought an N577C, a Stinson 108-3, later that year. Elmo was known for delivering mail during the winter when the roads drifted shut by throwing mail out the aircraft as he flew over the farms.

Dirk’s dad, Willard Nickisch, began flying in 1969. He has owned several aircraft over the years, including N8LP, a Piper Seneca I. This is the first aircraft that Dirk was able to put his hands on the controls. Willard always found a way to incorporate flying into his work. He spent one year flying for us as a pilot for Coyote Air. 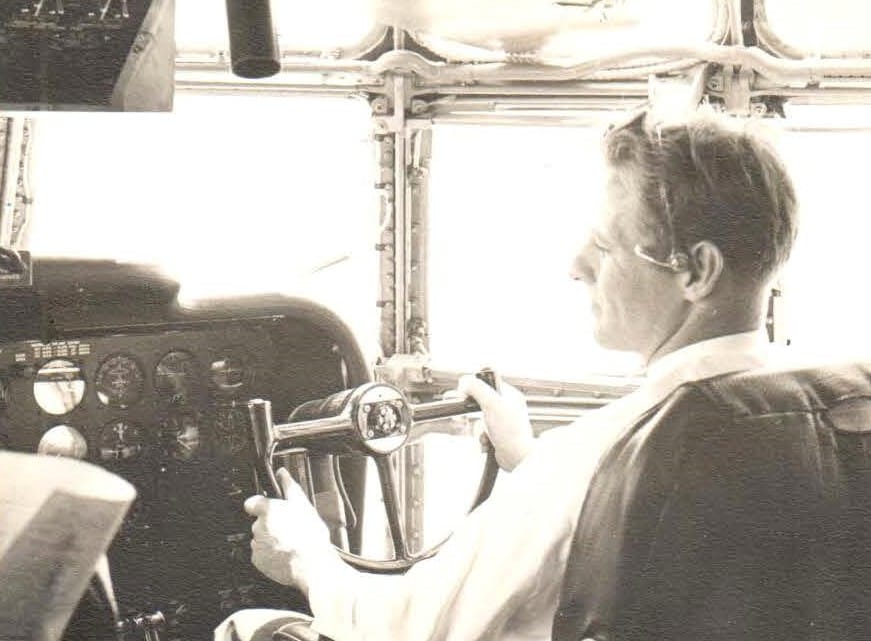 Both Danielle’s Dad and Grandfather were Northwest Airlines pilots, and her Grandmother, Lola, was also a pilot. Pax Tirrell in a Boeing 337 Strato Cruiser

Our aircraft has been bush-proven, and include custom modifications to handle flying in the rugged and challenging environment of Alaska's Brooks Range and high Arctic. Originally delivered as an L-20 military aircraft, she was converted to civilian designation in January of 1977.  Since then, she has lived in Alaska and worked for her keep. She is outfitted with an Alaska Door, which is a large cargo door on the left side. She also has a Baron Mk2000 STOL Kit. She is a workhorse. Jean was our first beaver which we bought in 2001. It took some work, but she taught us all about beavers and showed us what great airplanes they are. They were designed in consideration for work in the northern bush of North America. This model aircraft and its sibling, the Otter, are the only aircraft ever produced with this specific design focus. They are trusted performers in the northern landscape for more than 60 years. Elcy operates  on Aerocet amphibs. She is the sister ship to the very first aircraft Coyote Air owned. During the winter Elcy goes on 3600 Wheel skis. Originally delivered as a U-6A military variant, she was converted by Wipline to a civilian Beaver in 1980. As Wipline’s first superbeaver conversion, the plane received an instrument panel, extended baggage, and was placed on Wipline’s new amphibious floats. For the next 10 years, she lived a life of leisure as a demonstrator aircraft for the company. She then made her move to Alaska for 15 years of private individual ownership. She joined us in Coldfoot without a commercial work history but has proven herself over the years to be yet another example of the incredibly reliable de Havilland Beavers. Zippy comes to us from Key West Florida.  For her first year up in Alaska she went all the way to Barrow.  Zippy is only operated during the summer on 3450 Wipaire Amphibious floats.

Have a project or trip?
Get in touch!

DROP US A LINE